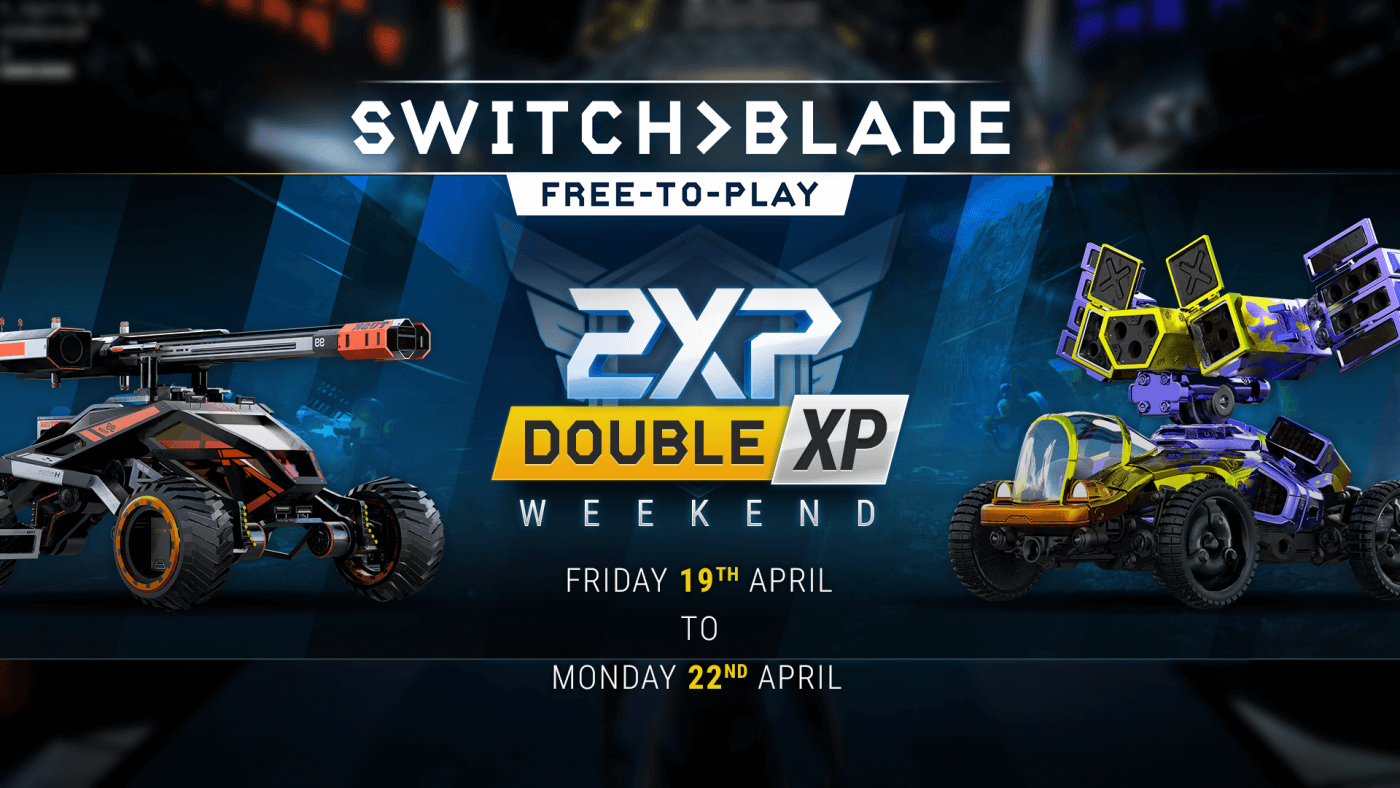 We’re thrilled to announce that we’ll be hosting a Double XP Event this Bank Holiday weekend in Switchblade!

Furthermore, the development team will be checking in over the weekend on our Discord server to party up with members of the community! We’re based in the UK and we’ll do our best to accommodate as many timezones and platforms as we can:

We had hoped to announce this event alongside the release of our latest fighter, The Sundog, but unfortunately, its release has been delayed until next week. It’s not what the team had wanted and we were really pushing to get it out for the long weekend but ultimately the Sundog proved too hot to handle. As we were preparing for release, a few issues cropped up that required us to restart our submission process and ultimately caused an unforeseen delay.

We’re grateful for your continued patience and understanding and hope to see you all on Discord this weekend!