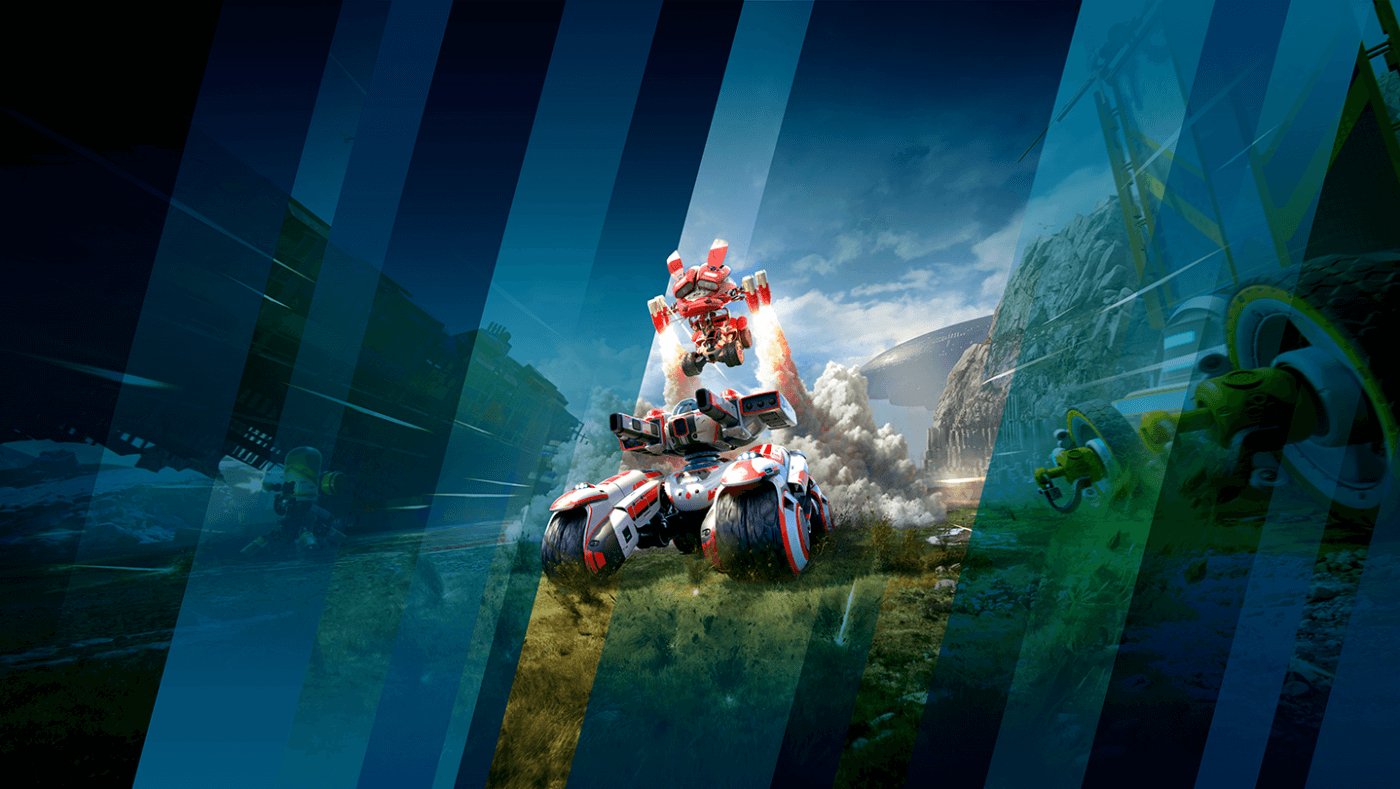 We just wanted to welcome the Yognau(gh)ts who have joined our community through The Yogscast Jingle Jam Bundle, hosted over on Humble Bundle! Many of you might be asking yourselves “What exactly is Switchblade?” It’s a fair question and we wanted to put together a short blog post to give you a brief introduction!

Be sure to join our Discord server and follow us on social media to stay up to date with all things Switchblade!

In the future, war is the new sport! With companies competing to produce the most deadly combat vehicles in a display of their capabilities, all for the entertainment of the entire world. 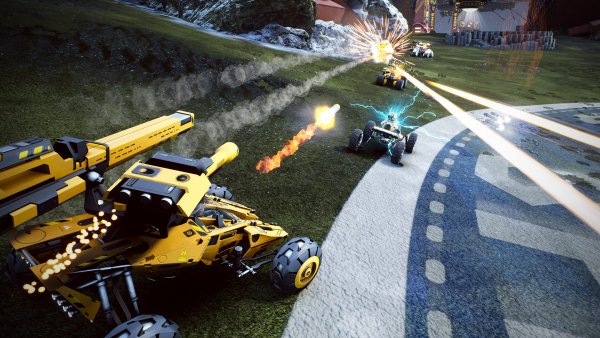 Switchblade is a 5v5 vehicular MOBA where you can swap between two completely different vehicles on the fly. You’ll find the game packed with fast-paced third-person action, plenty of vehicles, abilities and utilities along with vast cosmetic customisation options to really make your pilot and vehicles your own.

As with any MOBA, the game breaks down into several easy to remember steps: 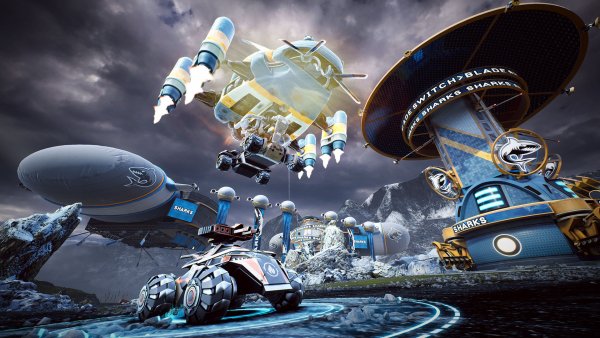 Your objective is to fight through your enemy’s defences and towers before destroying their base to win the game. The enemy towers and base core are protected by shields that can only be destroyed by mobs, not players, so these need to be brought down before you can destroy the cores.

To do this, you need to escort your mobs along their lanes whilst protecting them from threats they will encounter along the way. These threats include enemy mobs, defence turrets and enemy players! Once enough mobs reach their destination, the core will become exposed and vulnerable to attack from players. Destroy the tower cores to advance on the enemy base and press on to victory! 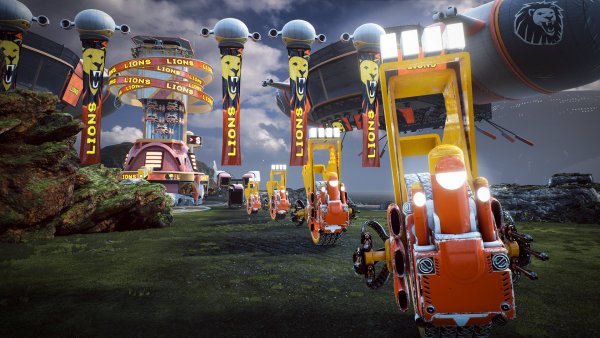 At your disposal are 17 deadly vehicles spread across 5 different classes, each with unique play styles and abilities. In each match, you’ll collect cash and earn experience to level up, allowing you to unlock new abilities and buy consumables and upgrades for you and your team. The 5 classes are:

Armoured: The largest and toughest vehicle class. Soak up damage and back your teammates up with powerful support abilities.

Artillery: Slow and not very well armoured, long range artillery units excel at raining fire from afar using weapons such as their howitzers with unmatched strength.

Fighter: An all-purpose class, fighters strike fast and hard at short and medium range. They excel at seeking out opponents and clearing the way for their team.

Scout: If you want to get to an objective and quick, the scout is the class for you. Small, fast and nimble, they are great at sowing chaos with their disruptive abilities.

Tank: Tanks are big, bulky and heavily armed. Back your faster teammates up at the front line while blazing the trail for those behind.

Each vehicle has a primary fire, two abilities and a super ability. These supers are designed to turn the tide of a battle, but don’t hold on to it for too long waiting for the perfect moment! You’re not limited to just one vehicle in a match. You can choose two and switch between them on the fly with your dropship. Be sure to pick two vehicles from different classes to maximise your effectiveness on the battlefield! 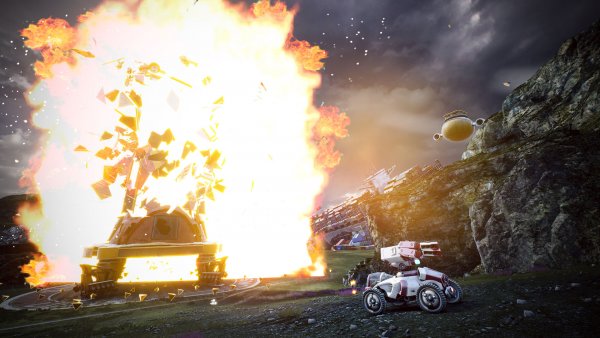 The first map available right now is the cold and desolate beaches of Iceland. 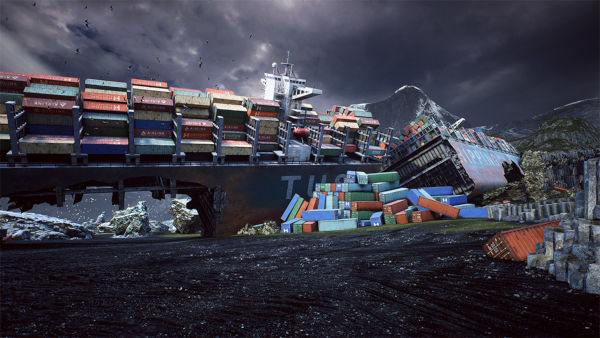 An all-new map with an all-new aesthetic: Monorail 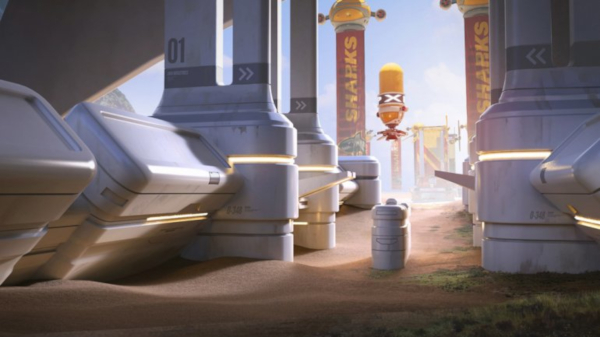 To reward your efforts, you’ll earn two currencies in Switchblade: Battle Points and Bit Cash.You’ll be spending these currencies on fantastic cosmetic options in-game to customise your pilot and vehicles!

Battle Points are our progression currency that you can earn by completing games, challenges and daily logins. Bit Cash is our premium currency that can be earned through completing challenges and daily logins, with the option to buy more should you chose to. Most cosmetic items in Switchblade can be purchased with either Battle Points or Bit Cash so you can earn and unlock rewards at your own pace. The only things that are only purchasable via Bit Cash are Battle Point boosters, vehicle packs and some character cosmetics. 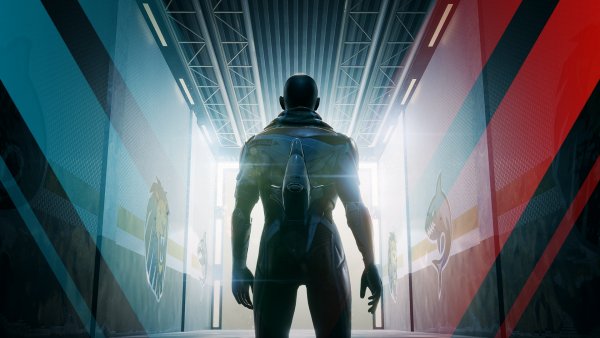 We’re thrilled to have you all on board as we make our final push towards getting the game ready for its Free to Play launch! We’re constantly listening to community feedback and talk to players every day in our Discord server. We also run regular community playtests where the developers jump into games with the community on PC and PS4.