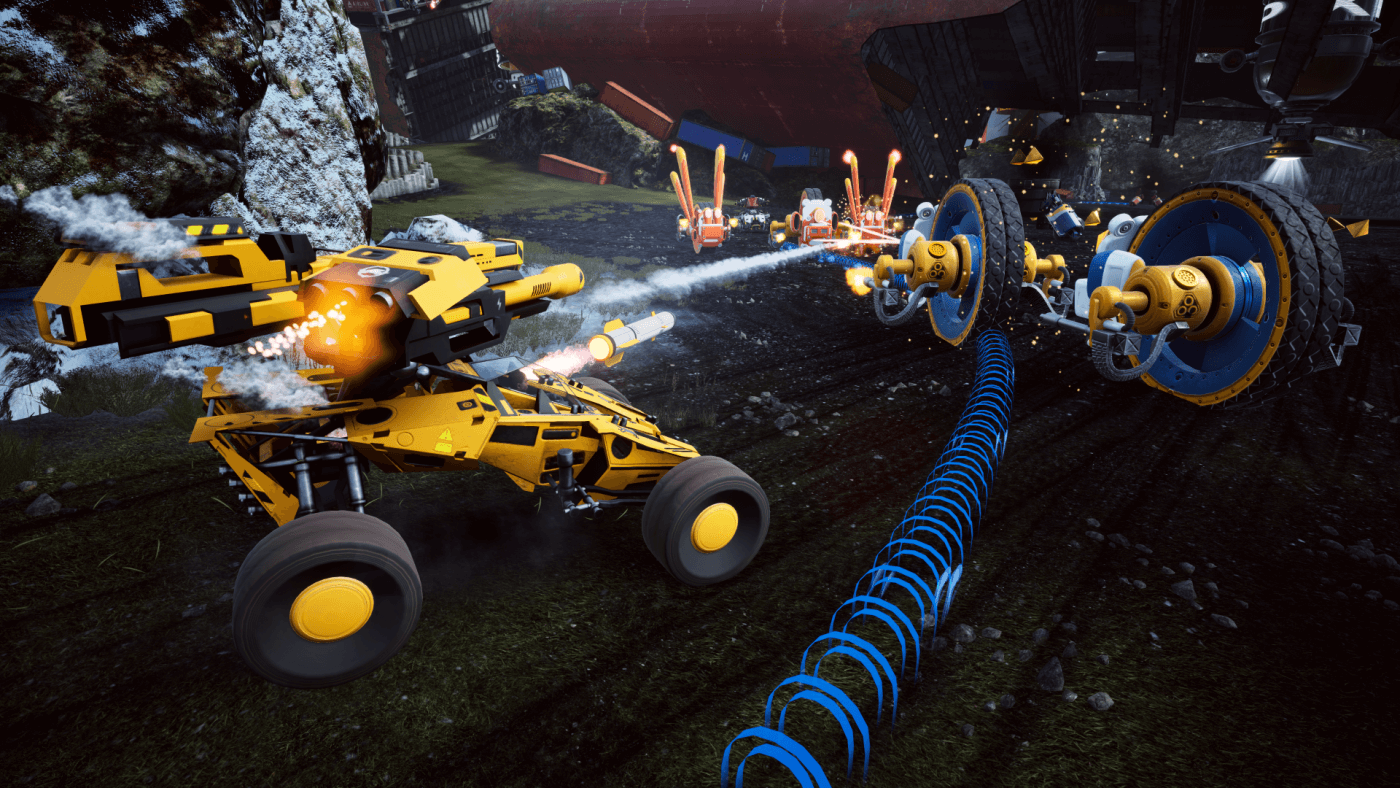 Its been a while since we’ve put together a blog post for you all, mainly due to a variety of reasons including me needing time off work for surgery and spending a lot of time iterating on one of our upcoming releases. Despite all this, we’ve kept the conversation going with the community in our Discord server and on social media, keeping our ear to the ground on hot community issues and reflecting on that feedback internally. Today we want to bring you some developer comments on the recent XP changes that we introduced in our last patch as we continue to work on an updated roadmap for you all.

Before going any further, we’d just like to express our gratitude to our community for being passionate enough about Switchblade to want to pass on comments and concerns about the direction of the game. We’re working hard to make Switchblade the best possible version of itself that it can be and the community’s assistance with that cannot be understated. The changes we made to how players earn XP during a match was a substantial change which wasn’t properly communicated. That was a failure on our part and something we sincerely apologise for. We’ve reflected on the situation and want to maintain our transparency and openness with all of you as we continue to develop the game.

On that note, game designer Dave Deeble has been receiving your feedback and wanted to provide a wider view about these changes, such as the origin of the changes, the intended effects and the next steps:

Hi all, this is Dave from the Switchblade team.

Now that Patch 1.27 has been live for a couple of weeks, I wanted to address some of the comments and feedback from the community. We have heard you loud and clear!

Patch 1.27 introduced some balancing changes intended to address trends we observed where winning teams ended a match with a significant point-score advantage. Our interpretation of this data was that teams could easily “snowball” a victory after being the first to take down a Tower or gain a level advantage by securing early-game eliminations – effectively allowing one team to suppress the other in the opening few minutes of the match.

We considered that this created a negative experience for half of the players in a match, giving them little opportunity to make a comeback and so felt it was important to act on the data.

The balance in Patch 1.27 shifted toward creating a more level playing field by lowering the damage scale on secondary weapons and removing/reducing methods of gaining XP that we felt further added to the suppression of other players’ progression. The data we’re gathering suggests this has improved. However, as some players have pointed out it was a somewhat forceful approach and may have had unintended consequences – the main point being that players no longer feel that combat is “punchy” enough and that team-fights and matches are now too drawn out.

We’re currently investigating the best way to move forward with everything we’ve learned so far and will post our plans in the coming days. While we can’t consult the community on every aspect of design, we will definitely endeavour to communicate any major changes like this before a release – this is your game as much as it is ours and your continued feedback and support is both invaluable and humbling.

No game is perfect and thus that means that no game design process is perfect either. We’re always working on improving our methodologies across the board and we’re grateful to our community as well as our own hard-working team in working to achieve that.

Based on community feedback and our own observations regarding the increase in match length, we’re going to be extending the duration of the Battle Pass up until October 31st. This should hopefully give players more time to progress through the last few ranks of the pass that they want to earn. In addition to this extension, we will be hosting some Double XP weekends between now and the end of October, the first of which will kick off soon:

Save the date and keep an eye out on our social media channels for some more chances to turbo-charge your last few weeks of the Battle Pass!

The team is gearing up for our next few patches and we’ve finished locking down our next few releases. We wanted to get a roadmap to you by the end of the week but it looks like that’ll take just a few more days. Keeping the discussion around the XP changes going was important to us, hence why it might feel that something is missing from this blog post. We’ll be sure to get the roadmap out, with a few notes on what you can expect in each release, early next week.