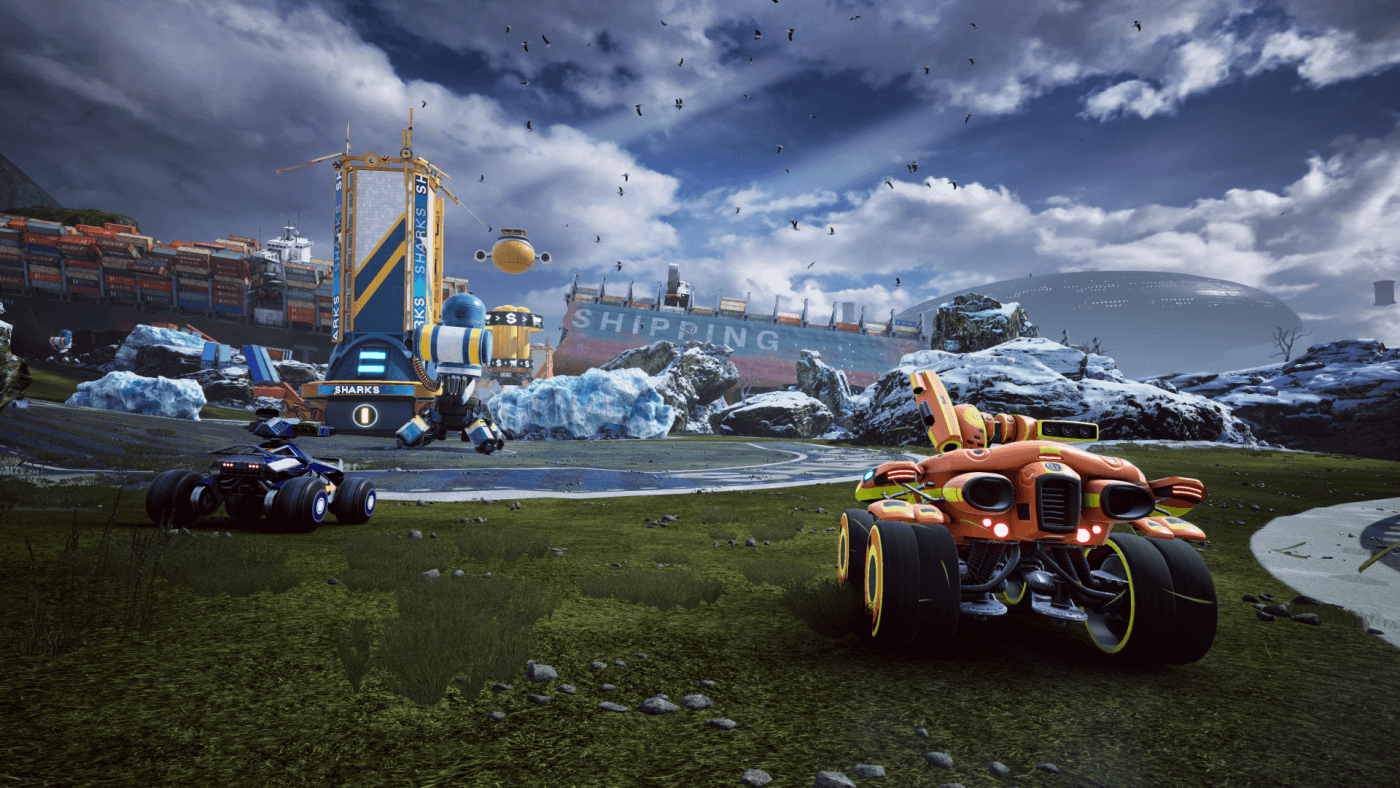 We’ve been hard at work applying what we hope are some of the finishing touches to Switchblade as we close in on our full release. This patch focuses on the game’s combat and seeks to address aim assist and collision as well as introducing new crosshairs that better communicate the spread of projectiles. We have a few hotfixes and smaller patches in the pipeline for the coming weeks, but our next major release after today’s combat refines is the launch of a highly requested community feature: Competitive Mode! We don’t have a lot to say on that today, but be sure to pop into our Discord server if you want to ask us some questions or share your thoughts about the game.

There has been a lot of tweaks and adjustments that we’ve been wanting to make to the combat in Switchblade for some time now but finding the time for them individually when other big tasks were looming as a difficult challenge. Instead, we decided to prepare a patch focused entirely around improving the combat experience and including as many of these tweaks as we could in the time that we had to get patch 1.31 ready for release. These changes range from retooling some of our tools inside the game engine as well as little touchups to crosshairs, HUD indicators and much more! You can read the full list of changes in the patch notes, but we wanted to provide you with a deeper insight into the reason for these changes so I sat down with Game Director Jeff Lewis to get a feel for the intentions behind this release.

We’ve refined and tightened up a lot of the core shooting mechanics in this release. It’s been feeling for some time like the game’s aim assist has been too generous and that it robs everyone of the chance to show their combat skills, so we’ve overhauled our tech and made the shooting a little more skill-based.

This led us to simplify and clarify the crosshairs in the game so that they much more accurately show you what you’re going to hit. If an enemy is sitting in your sights the game is much better now at registering your hit when you pull the trigger.

This also lets us slim down and simplify the crosshair so you can see what you’re aiming at a little easier. The space that this saved on the screen then let us beef-up the indicators that show if you’ve made a kill. You now get a satisfying little skull flash up in the center of your crosshair when you’ve taken somebody out and a little green cross if you’ve healed someone. Once we did this, it felt like a lot of the other HUD elements needed to be raised in quality as well so we made some other changes.

Shotgun crosshairs now show those weapon’s spreads much more accurately. We also added some HUD elements to show the lock-on radius of laser weapons like the porcupine and the tiny giant’s primary weapons.

We also overhauled all the missile crosshairs so they pop a little more against the background. They were red before and often felt like they were getting lost against all the red in the environment when you’re at the enemy’s end of the map. They’re yellow now and feel a lot clearer to us.

The last thing we did was change the power bars that indicate how long abilities last and how long positive & negative auras last. These were off to the left and right of the crosshair before and didn’t feel that noticeable so we moved them to below the crosshairs so they’re much more in your line of sight without getting in the way of anything that you might want to be shooting at.

These are all pretty small and subtle changes, but hopefully, they make that key moment of landing a shot just a little bit clearer and more satisfying for everyone.”

We’ve really enjoyed these changes in our playtests, especially the updates to vehicle crosshairs. We’re thrilled to finally get these changes out to the community so we can start gathering your feedback and impressions. We’ve also done a small pass on vehicle balance in this patch. Specifically, we wanted to give the Gravitron a small boost in the wake of the Angel’s introduction as well as apply a few touch-ups to other vehicles. All these details and more can be found in the full patch notes.

Back in patch 1.29, we introduced some changes to how players earn XP in-game in an effort to make games more enjoyable by lowering the chances of games feeling one-sided due to high-level advantages. The main way we achieved this was by changing the damage and health scaling of vehicles as they level up along with changing the way in which players earn experience in-game to level up their abilities. This was originally outlined in our patch notes with more information being added after release.

We heard the community loud and clear in the feedback you gave us. We agree that whilst we’ve achieved a greater sense of balance in the game, the way we’ve gone about achieving that has reduced how enjoyable these games are through increasing match length and level up time, amongst other things regarding vehicle damage and effectiveness. In today’s patch, we’re taking a step back on a few of these changes by reintroducing earning XP on eliminations whilst slightly reducing the XP earned on dealing damage. This puts more of a focus on securing the kill in order to level up but should be a net gain to help reduce the time it takes to level up. XP earned through healing has also been increased as we noticed support vehicles were having an especially difficult time reaching higher levels.

As always, we’re still monitoring your feedback and the state of the game. Please try out these new changes and let us know what you think about them via our Discord server or social media accounts.

This is it. We’re on the final push to release competitive ranked for Switchblade! We know it’s taken a long time but we’re confident that the extra effort we’ve been allowed to invest into the mode will really shine through and we’re eager to know what you all think of it. We’ll be preparing a series of blog posts to inform you of what’s coming with the mode, mainly its structure and any associated rewards. Start honing your skills for a true test of your combat abilities!